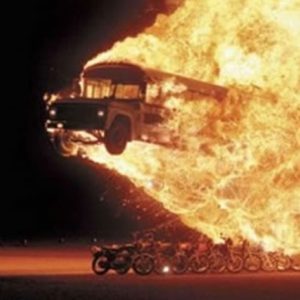 At the writing date I had last Wednesday with two friends and fellow writers, my internet-friend-from-way-back-who-recently-moved-to-Indy Chel brought her CD wallet in. This mystified Chelsea, who is enough younger than us that a giant CD wallet full of burned mix CDs struck her as a charmingly old-fashioned item.

Chelsea and I have talked before about making soundtracks as a writing tool; it’s something I’ve been doing since I was in high school (the earliest ones were cassette tapes, but my dad was an early adopter of new technology, meaning we got a CD burner when they were still rarities). Chel and I have been exchanging fanfic and mix CDs with our friend Meach since the 90s, and I used to put a truly amazing amount of time into creating WinAmp playlists (uh, and skins) and mix CDs (often with “cover art” that I drew myself, first-person notes from characters, and on-disc art).

Since having a kid, though, the time I used to put into this seems to have mysteriously evaporated, so I’m extremely rusty; plus, I’ve had a computer upgrade but the new computer doesn’t have an optical drive. But I’ve been using Shazam to identify songs I like and then I’ve been using Pandora, Spotify, and YouTube to follow up. END_OF_DOCUMENT_TOKEN_TO_BE_REPLACED